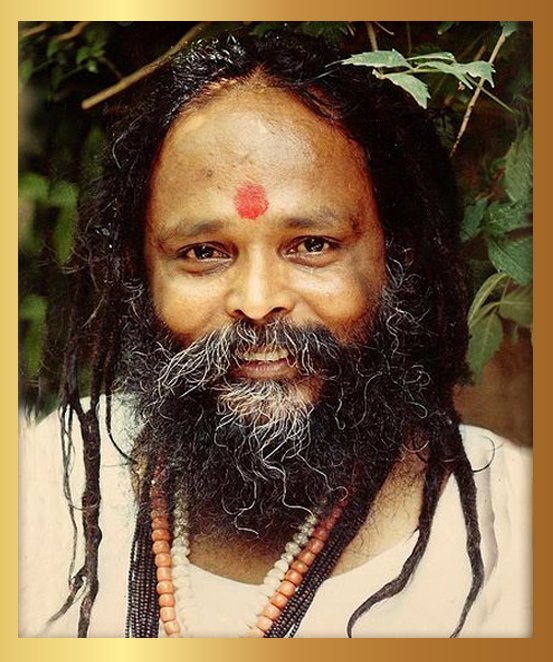 Baba became a mendicant and was looked after, taught and trained by Sadhus. He travelled all over India, visiting various places of pilgrimage. The sweep of his itinerary covered the majestic Himalayas, the cold Tibetan plateau where the holy Kailash and Mansarovar are located, the hills and valleys of the North-East and ofcourse, the holy places of the North and South. He spent several years in Kashmir and then Maa Durga guided him to move to Delhi. He first spent some time in Arjun Nagar and built a beautiful Temple there. Then he moved on to Durga-Ashram near Chhattarpur Village (now a wing of the Shaktipeeth about a km away) before finally shifting around the mid-seventies to the present site, which was then an undulating wasteland, covered with wild shrubs and bushes.

Devotees started gathering around Baba and this Shaktipeeth started taking shape, designed to the last detail by Baba himself who even carried bricks on his own shoulders during the initial construction days. It is a miracle and a convincing example of Maa Durga’s divine grace behind Baba’s indomitable will and effort that the Shaktipeeth has developed into a mini temple-town from a scratch, to sprawl over 70 acres of land in three decades. Plots of land were purchased in phases; all duly paid for and with proper receipts and records. The buildings reflect different architectural styles of different regions of the country. 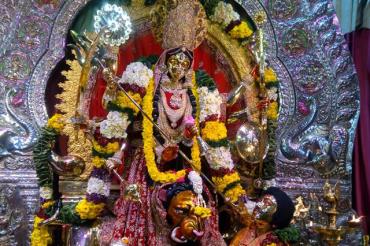 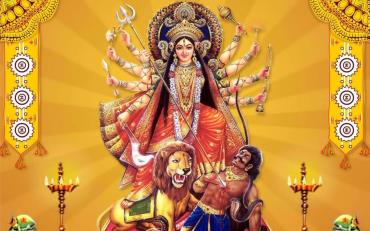 In the eastern and northeastern states of India, the Durga Puja is synonymous with Navratri, wherein goddess Durga battles and emerges victorious over the buffalo demon to help restore Dharma. In the northern and western states, the festival is synonymous with "Rama Lila" and Dussehra that celebrates the battle and victory of god Rama over the demon king Ravana. 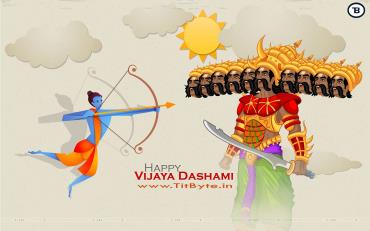 Vijayadasami is observed for different reasons and celebrated differently in various parts of the Indian subcontinent. In the eastern and northeastern states of India, Vijayadashami marks the end of Durga Puja, remembering goddess Durga's victory over the buffalo demon Mahishasura to help restore dharma. 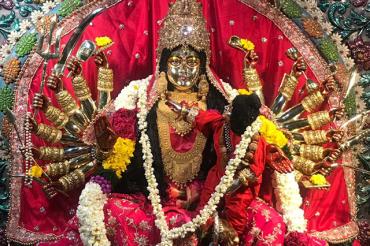 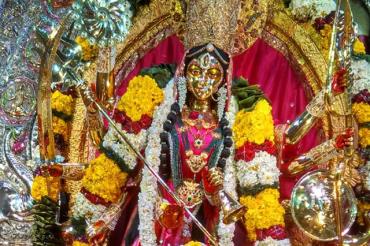 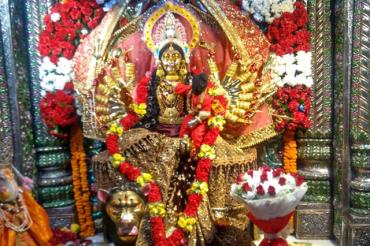 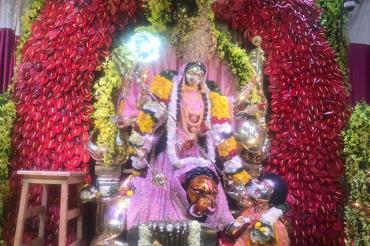 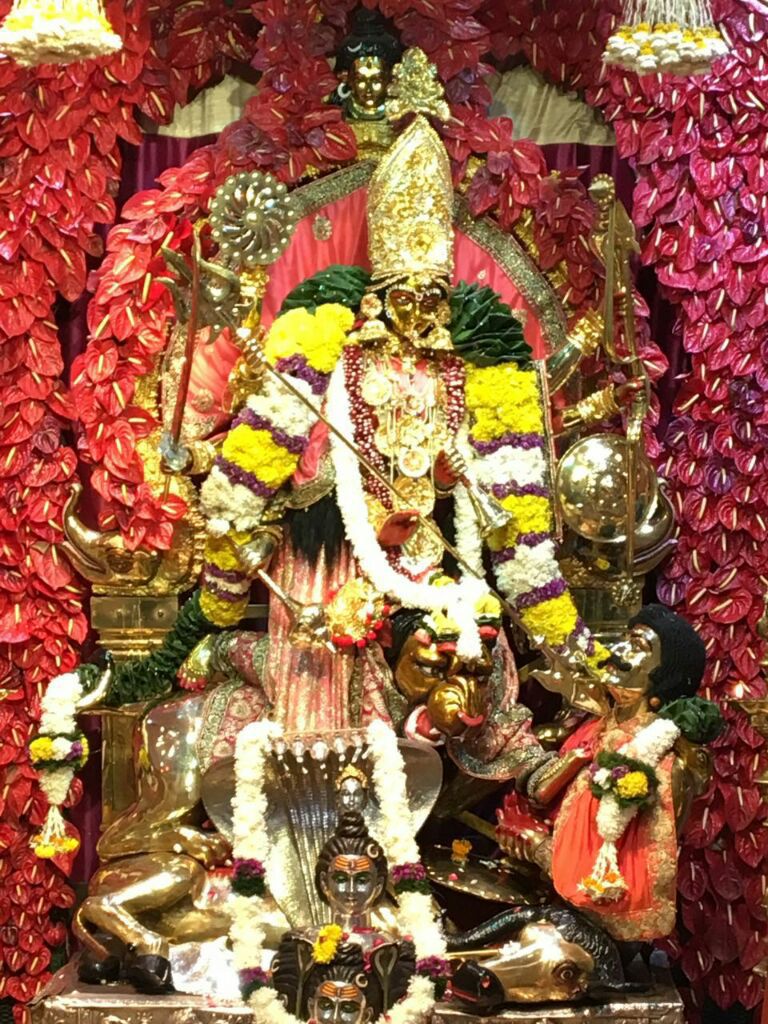