The story of this Shaktipeeth is woven inextricably around the life of its Founder the great Saint Shree Durga- Charan-anuragi Baba Sant Nagpal, who was so full of humility that in his lifetime he did not permit his disciples to glorify his name in any manner. ‘Baba’ (to his devotees) was born in Karnataka on the auspicious full-moon day of the Holi festival in 1981 of Vikram Samvat (corresponding to Tuesday the 10th March). He lost his parents at a very tender age. It was at the time of cremation of his mother that an unknown lady took the grieving child to the adjacent Temple of Mother Goddess and told him that SHE was the real universal Mother who would always remain with him.

Ever since that moment, the Divine Mother gave him shelter in her own lap. On his part also, it has been an unquestioned dedication and total surrender to the Divine Mother in thought, word and deed. For Baba, She was a living reality with whom he remained in communication and never did anything without seeking Her permission and blessings.

Distinguishing Features of the Shaktipeeth 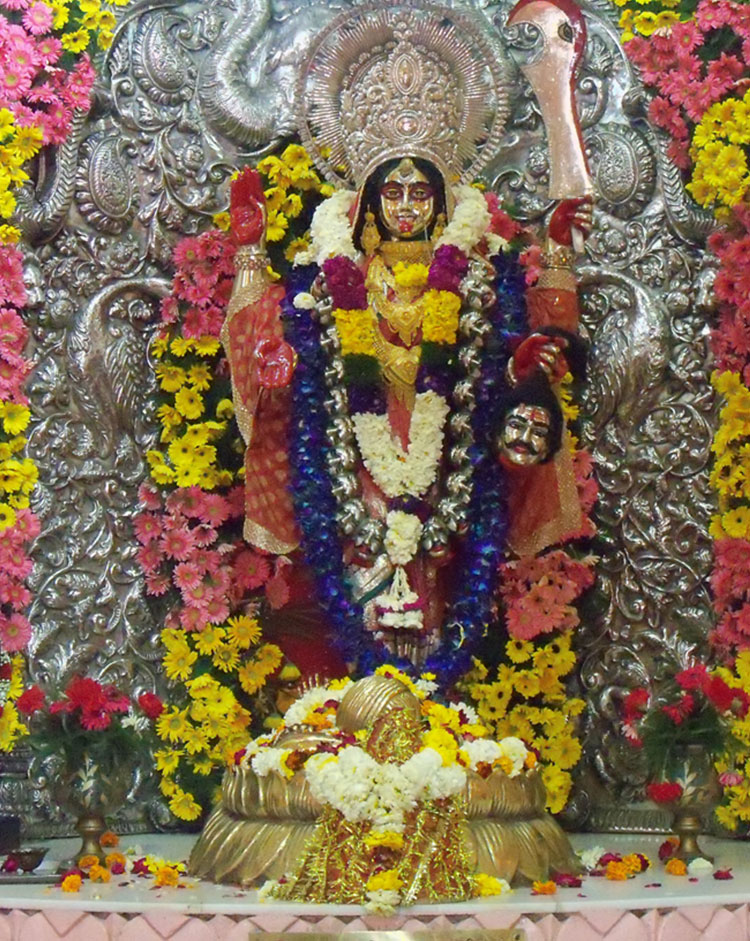 It is the foundation of purity and selflessness and the healthy blend of the eternal truths in the ancient traditions with the modern world that distinguished Baba’s Shaktipeeth from other temples. That is also what fascinated his devotees and his “Matri-Parivar” as he called them, which grew at a phenomenal pace. The Shaktipeeth soon became a popular place of pilgrimage for the people. Indian and foreign visitors to Delhi started including Chhattarpur Mandir in their itinerary. The serene, clean and aesthetically pleasant campus of the Shaktipeeth attracts thousands of devotees and visitors everyday. On the days of full moon (Purnima), festivals and public holidays, the stream of visitors runs unbroken from morning till night. During the two Navratras, (10 days each) lakhs of people throng the elevating precincts of the Shaktipeeth each day.

The Shaktipeeth, home of the universal divine mother, welcomes you always irrespective of your religion, status or station in life just as you would be welcome in the home of your mother. Shree Adya Katyayani Shaktipeeth Mandir located in Chhattarpur is the house of Goddess Katyayani which is Maa Durga’s Sixth Avtaar. Durga means the Devi who killed the demon /Rakshasa Mahishasur. In Hindu mythology, Durga or Parvathi, the consort of Lord Shiva, is depicted as ten armed. The Goddess, whose chief function is to destroy demons and Rakshasas or evil things has the Shakti of all the three Gods i.e. Brahma, Vishnu and Mahesh.

This incarnation has the following story as the background. There was a Rishi named Katyayan who worshipped Durga devi and asked her for a boon that she be born as his daughter. Devi fulfilled the wish of the Rishi and was born as his daughter. In this Avtaar, she killed Mahishasur,the demon. She is depicted as golden complexioned and carrying various weapons in her hands for destruction of evil.

Devotion to her makes a man free from all troubles and worries. It gives him wealth, satisfaction of desires and finally moksha or liberation from the endless cycles of birth and death.